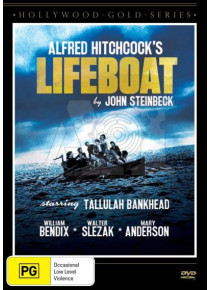 In the Atlantic during WWII, a ship and a German U-boat are involved in a battle and both are sunk. The survivors from the ship gather in one of the boats. They are from a variety of backgrounds: an international journalist, a rich businessman, the radio operator, a nurse, a steward, a sailor and an engineer with communist tendencies.

Trouble starts when they pull a man out of the water who turns out to be from the U-boat. Later, the survivors are spotted by the German supply ship Willi had been steering them to, but before it can pick them up, it is sunk by an American warship.