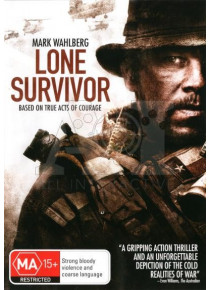 Lone Survivor is a 2013 movie which depicts the true story action of a failed United States Navy Seal mission called Operation Red Wings during the Afghanistan war. The Navy Seals had organised a large mission to track down and kill a Taliban leader.

Initially, a small number of men, were to conduct reconnaissance on a village were the Taliban leader was thought to be based.

However, after a chance mishap a high intensity firefight begins.
This is a highly recommended movie of true life valour on the battlefield.﻿

One of the Seals Lt. Murphy, was awarded a posthumous Medal of Honor for action in the field that day.﻿