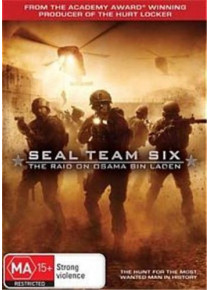 A break in the manhunt for Osama Bin Laden serves as the riveting backdrop for a gripping story about the combined efforts of an extraordinary group of Navy SEALs who undertook the operation to capture or kill America's number one enemy.

This is the story of a clandestine operation, a perfect storm of people, and the rare synergy of circumstances that would amount to the most daring military operation of our generation, inspired by the true story of how it almost fell apart. Interrogated detainees reveal details on Osama Bin Laden's possible whereabouts and the CIA debates how and when to strike. Intense training begins for a team of seasoned Navy SEALs.

They ready themselves for an unknown mission with the only Intel that it will be top priority. Orders from the Pentagon instruct the team to convene at the US Base in Bagram, Afghanistan. Eight months of surveillance on the suspected Bin Laden hideout reveals high walls, tinted windows and barbed wire surrounding a two-storey home and guest house. At CIA Headquarters in Langley, officials debate the possible ramifications of an unannounced attack on Pakistani soil. In Afghanistan, the men ready themselves to board Black Hawk helicopters bound for the compound.

With helmet cams on and the President watching via satellite, the mission begins...﻿