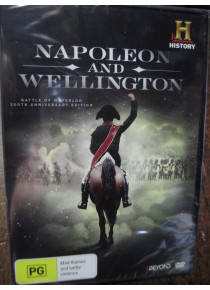 Waterloo a most famous Battle in history. In one afternoon in 1815 the balance of world power would change for 100 years to come. Leading the British was the Duke of Wellington a commander that some consider 'the greatest man England ever produced'. His adversary was Napoleon Bonaparte the greatest military commander since Alexander the Great.
On the one field, over 140,000 men, 30,000 horses and 400 cannons were at the disposal of these two grandmasters of war.
Find out what really happened in this History Channel documentary﻿