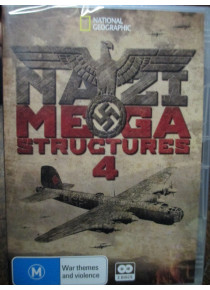 High-tech superguns. Weapons of mass destruction. In the quest for world domination, the Nazis built some of the biggest and deadliest pieces of military hardware and malevolent technology in history.

These weapons changed the face of modern warfare forever. Witness the hidden remains of Hitler's most ambitious projects and hear the stories of the engineering geniuses who designed them.