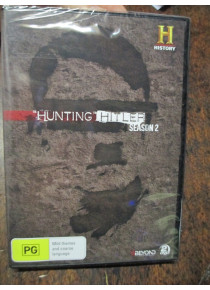 Collection﻿ of 7 documentaries (Total duration over 5 hours﻿ 2x DVD Discs) investigating whether Adolf Hitler escaped during World War II. Did he escape? Armed with the most cutting edge technology and newly (2014) released FBI files the ex-CIA team will approach this case like no other investigation﻿.

Documentaries are;
The Hunt Continues.
The Compound
Eyewitness Accounts
The Web
The Factory
Unmarked Grave
the Nazi Colony
The Secret Island﻿