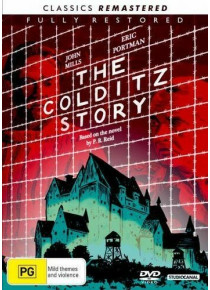 Although not directly portrayed in this film there were about 20 Australians imprisoned at Colditz. The Australians did take part in the escape, the most notable being Lieutenant John (Jack) Millett who was moved to Colditz with a group of ten other Australians. At Colditz, Jack continued to help escapes with maps, and his reputation as the 'map maker of Colditz' is documented in various publications - The Diggers of Colditz by Jack Champ and Colin Burgess.

This movie depicts the most famous escape. ﻿

Bonus included on this DVD is a new and exclusive 53 min documentary 'Colditz Revealed'.