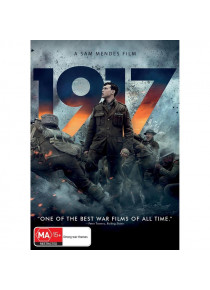 Based on a true story, the First World War rages, when two young British soldiers, Schofield (Captain Fantastic’s George MacKay) and Blake (Game of Thrones’ Dean-Charles Chapman) are ordered on what seems like an impossible mission. They need to deliver a message to Blake's  brother that the unit, he is commanding, is not to proceed with a deadly attack across no man's land.

This quest to deliver the message and save hundreds of men becomes a race against time. Set in the period, when in 1917, the Germans actually did undertake﻿﻿﻿﻿ Operation Alberich, a general withdrawal to new positions on the shorter and more easily defended Hindenburg Line.