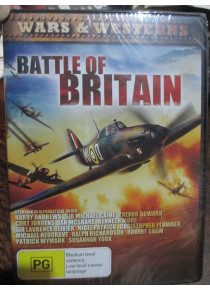 The Battle of Britain is the famous movie from 1969. Spectacular retelling of the true story which depicts the struggle of Royal Air Force vs German Luftwaffe. The outcome of which changed world history. Directed by Guy Hamilton, and produced by Harry Saltzman and S. Benjamin Fisz. The film documented the major events of the Battle of Britain. The film drew many respected British actors to accept roles as key figures of the battle, including Sir Laurence Olivier as Sir Hugh Dowding and Trevor Howard as Keith Park﻿