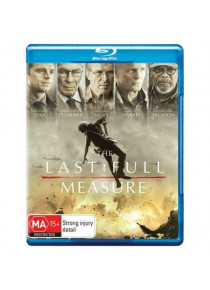 The drama is based on the true story of Vietnam War hero William H Pitsenbarger, a U.S. Air Force pararescueman who saved nearly 60 men in the Army's 1st Infantry Division during a devastating 1966 battle, losing his own life in the process.

﻿Thirty-four years after his death, Airman William H. Pitsenbarger, Jr. ("Pits") is awarded the nation's highest military honor, for his actions on the battlefield. ﻿

These are his actions.