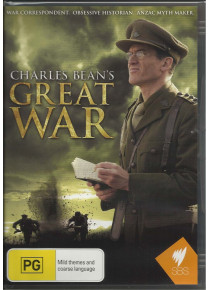 Charles Bean was appointed the Australian Official war Correspondent in 1914. He travelled to Egypt with the AIF. He landed at Anzac on Gallipoli on 25/4/1915. He was so inspired by the dignity and performance of the Australian troops that he devoted his life to promote the memory of the brave boys that made up the AIF. He wrote many of the exacting 12 volumes of the Australian History of the Great War. The Volumes are deemed to be the best history ever written of World War One. Bean was also the prime instigator behind the establishment of the Australian War Memorial.﻿