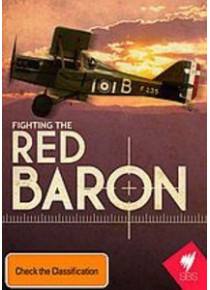 At the beginning of WW1 the aeroplane was seen as having little use other than to act as a spotter plane for the cavalry and artillery. But in the space of 6 months - the bloodiest of the war – a group of young pilots transformed the role of the aeroplane into a deadly killing machine that changed the nature of warfare forever. This is the story of those 6 months, centring around Bloody April during which the average life expectancy of a pilot was reduced to just 3 weeks. The film is told though the first hand accounts of the actual pilots, painstakingly documented in Josh Levin’s book ‘On a Wing and a Prayer’.
The documentary also introduces two current day RAF Red Arrow pilots to fly the original WW1 fighters to compare the key challenges which the WW1 fighter pilot fought under.