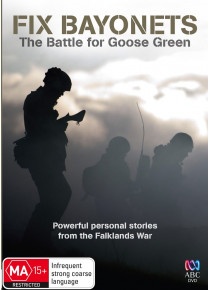 Through the personal accounts of two British servicemen, Fix Bayonets depicts an extraordinary record of the last traditional war of the twentieth century.
This was fighting as it had been throughout military history, where killing a man often meant running him through with a bayonet or dropping a grenade in his lap.
At Goose Green Falklands War , there was no escaping the realities of battle. This was no remote combat, but a down-and-dirty fight to the death with an enemy that could be seen and touched.
The two men who guide us through the epic land battle that was Goose Green have seen warfare as it really is. These are their stories.﻿