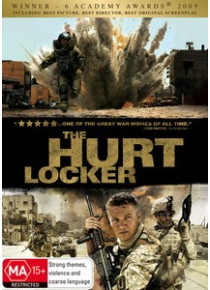 The Hurt Locker is a 2008 American war film about a three-man Explosive Ordnance Disposal (bomb disposal) team during the Iraq War.﻿  At the 82nd Academy Awards, it was nominated for nine Academy Awards. The Film won six Oscars, including Best Director for Kathryn Bigelow, the first woman to win this award, and Best Picture. ﻿