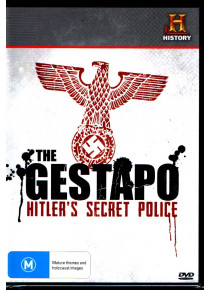 This WW2 DVD Documentary is titled Gestapo Hitler's Secret Police. Very few organisations in history have instilled fear into citizens like the Gestapo, Adolf Hitlers secret police. Yet until now, their full story has not been told. HISTORY uncovers the secrets of this shadowy organisation; one that struck fear into the hearts of citizens living under the Nazis' totalitarian regime, and helped implement Hitler's 'Final Solution' in the closing years of World War II .﻿