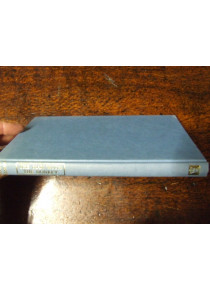 The Man With the Donkey Simpson Gallipoli Anzac

THE MAN WITH THE DONKEY. John Simpson Kirkpatrick The Good Samaritan of Gallipoli '
by I Benson . ﻿ Used Book

1965 ' THE MAN WITH THE DONKEY. John Simpson Kirkpatrick The Good Samaritan of Gallipoli ' by I Benson .
An account of the World War I war hero of Gallipoli, the full story of the man behind the legend, a young Scottish boy who joined the Australian Army - AIF in Perth.
Simpson Kirkpatrick (6 July 1892–19 May 1915) was a stretcher bearer with the
Australian and New Zealand Army Corps during the Gallipoli Campaign, in World
War I. After landing at Anzac Cove on 25 April 1915, he obtained a donkey and
began carrying wounded British Empire soldiers from the frontline to the beach,
for evacuation. He continued this work for three and a half weeks, often under
fire, until he was killed. Simpson and his Donkey are a key part of the "Anzac
legend". He joined the Australian AIF so that he might be sent back to England. In 1914 there was a general thought that the Battalion would be over by Christmas. On 25 August 1914, in Perth, Western Australia, he joined the AIF and the Australian Army Medical Corps, under the name of "John Simpson", as a stretcher bearer. He was given the service number of 202 and underwent basic training at Blackboy Hill Camp. He was assigned to C Squadron, 3rd Field Ambulance. In the Army, his Geordie accent was
mistaken for an Irish accent and he was nicknamed "Murphy". Kirkpatrick believed
that the AIF would be sent to Western Europe, to fight German Empire forces, and
his main motivation in joining up was the prospect of a free passage to England.
However, the AIF stopped en route, in Egypt, for training in preparation for the
invasion of the Gallipoli Peninsula, in Turkey. Simpson and donkey statue (1988)
by Peter Collett outside the Australian War Memorial, Canberra. There is another
sculpture of Simpson and his Donkey by Wallace Anderson (1935) at the Melbourne
Shrine of Remembrance. The 3rd Field Ambulance travelled to Gallipoli with the
Australian 3rd Brigade aboard RMT Devanha and transferred to Royal Navy destroyer
HMS Ribble for the landing. The 3rd Brigade was the first ANZAC unit ashore. Kirkpatrick
was the only member of his bearer section of four to reach the beach unscathed.
Kirkpatrick found a donkey, which he named variously "Duffy", "Murphy" and "Abdul",
that had been landed by a field artillery units, and began operating independently.
Accounts vary as to whether he had received official approval for this practice
at the time. Leading this donkey, he began his journeys from the beach, up "Shrapnel
Gully" and "Monash Valley". On his way up he would carry water, on the way back
wounded, particularly those with leg wounds. At night he camped with an Indian
Army field ambulance unit, near the beach. There was literally nowhere at Gallipoli
that was safe from fire and Monash Valley was particularly bad, as Ottoman forces
held the heights at the end of the valley and could fire down its length. On the
morning of 19 May, the day after a major attack had been repulsed, Kirkpatrick
began his usual routine. He was returning down Monash Valley with two wounded
men, when they came under machine gun fire near " Steele's Post ". The three men
were killed, Kirkpatrick being hit in the heart.﻿