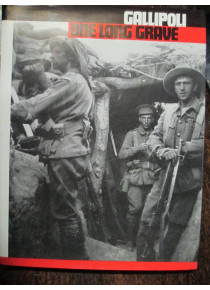 These Time Life series war Books have become well known for their excellent illustrations and well written text. The ANZAC Landing on 25 April, 1915, was one of two main assaults on the Gallipoli peninsula. The First Australian Division and the New Zealand and Australian Division were to land near the promontory of Gaba Tepe , about half way up the peninsula, while British forces landed at Cape Helles , at its southern tip. The two forces were to converge on the central mass of the Kilid Bahr Plateau, which dominated the Dardanelles .