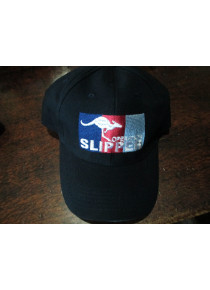 The war against terrorism in Afghanistan and the Middle East is Australia's longest war.

Between 2001 and 31 December 2014 about 34,500 Australian Defence Force personnel served on Operation Slipper in Afghanistan and Middle East area of operation.

Members of the Australian Public Service, Australian Federal Police and representatives from other government agencies were also drawn into this operation and thousands more government and industry personnel served to enable and support our frontline forces.

Super tough heavy brushed cotton cap with Op Slipper patch proudly embroidered on front and Afghanistan-Middle East 2001-2014 embroidered at back.﻿ From 2015 the continued Australian commitment is known as Operation Highroad. ﻿

Can be worn by anyone - veterans and supporters.
One size fits most﻿