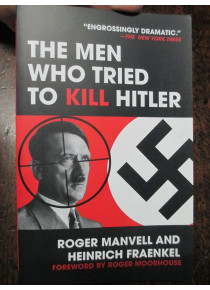 The best-known assassination attempt ( Operation Valkyrie ) ﻿took place at Hitler’s Wolf’s Lair headquarters in East Prussia on July 20, 1944. Lieutenant Colonel Count Claus Schenk von Stauffenberg had been convinced that he alone could assassinate Hitler. The highly decorated war hero planned two attempts before almost succeeding. He managed to place a briefcase containing a bomb under a map table over which Hitler was leaning. But it was pushed further under the table by another officer. At 12.42pm, the bomb exploded.

By this time Stauffenberg was on his way back to Berlin. Initially, it was believed that Hitler had been killed but by 6.30pm it emerged that he had only been slightly wounded. Later that night Stauffenberg and his co-conspirators were arrested and executed by firing squad.﻿