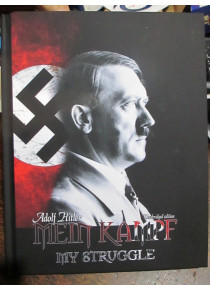 Mein Kampf ("My Struggle") is a political manifesto written by Adolf Hitler. It was his only complete book and became the bible of National Socialism in the German Third Reich. It was originally published in two volumes, which were dated 1925 and 1927.

This book contains both the Volume/Part 1 and Part II with original unabridged translation to english.