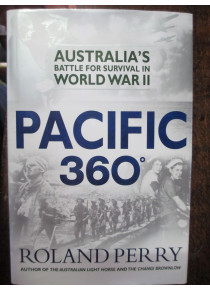 This is the revealing human story of Australia's courageous fight for survival in WW2.
Following the 1941 fall of Singapore, Australia found itself in a precarious position in the Pacific conflict with the victorious Japanese Army at its doorstep.
Most of the Australian Army, the 2nd AIF, was located in North Africa and what wasn't had been taken prisoner in Singapore.﻿

In Pacific 360 the story unfolds from all perspectives. It takes you inside the horror of Australian POW camps in Changi, the Thai Burma Railway and into the muddy hell of the KOKODA track.