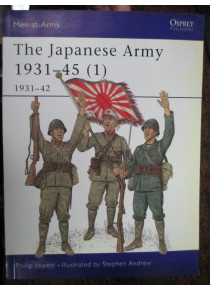 From December 1941 the Imperial Japanese Army shocked the world by its lightning victories over the US, British and Dutch forces in the Philippines, Malaya and the East Indies. The Pacific war occupied much of the US war effort, from Pearl Harbor to Okinawa, but although the broad details of these campaigns are common knowledge, few detailed accounts of the Japanese uniforms and equipment are available.

This book, researched from new Japanese language sources, describes and illustrates for the first time in the West the uniforms and equipment used in China in the 1930s and their development for the tropical campaigns of 1941/42.