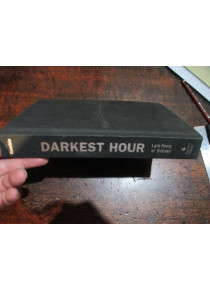 Darkest Hour: The True Story of Lark Force at Rabaul - Australia's Worst Military Disaster of World War II ' book by Bruce Gamble. This bascally forms a history of the 2nd 22th Battalion AIF which took the brunt of the Japanese assault on New Britain in 1942. Japanese landings began at 1 am on 23 January. By 9 am, communication failures and the overwhelming Japanese strength – 5,000 troops compared to the 1,400 of Lark Force – destroyed the cohesion of the Australian defence.

The Lark Force commander, Colonel John Scanlan, ordered a withdrawl on the morning of 23 January on the basis of “every man for himself”. Unprepared for retreat, chaos ensued and Lark Force disintegrated. In ensuing days, 2/22nd Battalion parties, ranging from company-strength down to pairs and individuals, sought escape along New Britain’s north and south coasts. Some found small boats and got away under their own auspices; others were picked up by larger vessels operating from New Guinea. Around 400 members of Lark Force managed to return to Australia, 300 of which were members of the 2/22nd Battalion.

Approximately 160 Australians captured by the Japanese while trying to escape were massacred at Tol Plantation and another 836 were interned as prisoners of war. On 22 June 1942 a group of Australian prisoners and European civilians were loaded aboard the Montevideo Maru to be transported to Hainan Island. The ship was sunk on 1 July by the submarine USS Sturgeon off the Phillipines, killing all 1,053 prisoners and civilian internees. The Australian officers and a small number of civilians who were left behind at Rabual were subsequently shipped to Japan on the Natuno Maru, were they remained until liberated in September 1945.