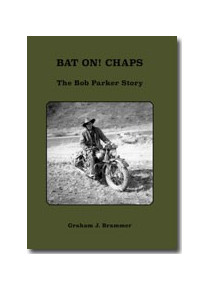 Bob Parker of Bundarra and Sydney, NSW, enlisted in the AIF in 1944 and served in BCOF, Japan. After discharge and the start of the Korean War he re-enlisted in the RAR. In the fortunes of war he became a Don-R rider.

During the Battle of Kapyong he was hit by machine gun fire and captured. The story of his forced marches to the POW camp on the Chinese border and the lives of the men around him are the substance of this book. At the truce he was released and returned to Australia. Bob died earlier this year.

Graham J Brammer OAM. The author served in the Australian Regular Army for almost three decades, mostly in special forces and including two tours of Vietnam as a Patrolman and as a Patrol Commander with SASR. In 1988 he was posted to North West Mobile Force (NORFORCE) as the Regimental Sergeant Major and later established the Army Survival Wing. He is held in the highest esteem by soldiers of all ranks for his actions as a warrior, leader and instructor.﻿