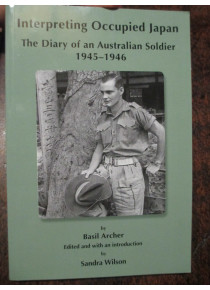 This is a rare account of early post-war Japan from the cutting edge of day-to-day work in the Allied occupation, by an Australian soldier trained in the Japanese language for occupation work.

It provides a wealth of insights into the lives both of the soldiers in the British Commonwealth Occupation Force and of the Japanese with whom they lived and worked.

Basil Archer writes vividly about his journey to Japan via Morotai in Indonesia, his intelligence work as an interpreter in a country area, the places he visited and the people he encountered - Japanese, English, Scottish, Indian, American and Australian.﻿