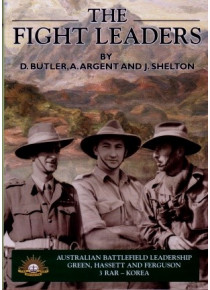 This military book lists the service of the three Commanders of the Australian 3RAR during the Korean War. The book also has the history of the battles and operations that happened during their command.

During a 12 month period in the Korean War, 3 RAR had three commanders - Green who was killed by enemy artillery, Ferguson who was removed from his command for reasons that are still debated and Hassett who was widely accepted as a great military leader and a true 'officer and a gentleman'. During these changes of command 3 RAR successfully fought the battles of Kapyong and Maryang San Both these battles being extensively covered in this book. Detailed text is supported with maps and wartime photographs.