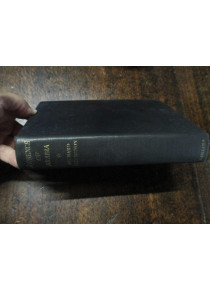 Lawrence Of Arabia Biography by Aldington

Lawrence of Arabia: A Biographical Inquir﻿y by R. Aldington﻿

Aldington's 1955 biography of T. E. Lawrence caused a scandal on its publication, and an immediate backlash. It made many controversial assertions. He was the first to bring to public notice the fact of Lawrence's illegitimacy.

He also asserted that Lawrence was homosexual. Lawrence lived a celibate life, and none of his close friends (of whom several were homosexual) had believed him to be gay.

He attacked Lawrence as a liar and a charlatan, claims which have colored Lawrence's reputation ever since. Only later when confidential government files concerning Lawrence's career were released, the files allowed the accuracy of Lawrence's own account to be gauged.

2 other products in the same category: