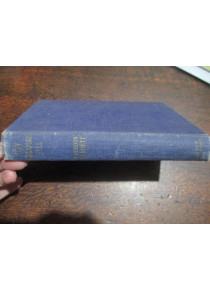 1944 1st edition ' Why Singapore Fell ' by Lieutenant General Henry Gordon Bennett.
This is Gordon Bennett's challenging account of the AIF's 8th Division and the campaign against the Japanese in Malaya during 1941-1942. It deals directly with the experience of the Australian troops on the mainland, and provides a context for the actions they were engaged in. This detail is taken directly from Gordon Bennett's war diary and his memory ... after all he wrote this book it is 64 years old. There is much valuable detail relating to the Battle conditions being undertaken by the Australian Battalions leading up to the Fall of Singapore. Of course, Gordon Bennett's main reason for writing this book which was published in 1944 was to justify his escape from Singapore just after the surrender. Thus, he provides much detail as to WHY Singapore FELL in the first place.

After reading the book I think Gordon Bennett was correct to escape. After all MacArthur did the same and was hailed a hero. At the time of the surrender it could have been deemed that it was a much more dangerous situation to try and escape. The Japanese POW hell had not taken place. Certainly MacArthur left the Phillipines and no question was made of his action. Gordon Bennett did provide valuable information regarding Japanese battle tactics. This info was distributed to the troops. But his Singapore Escape was the end of his military career. Should not be forgotten that Gordon Bennett had an outstanding 1st war record dating back to Gallipoli .