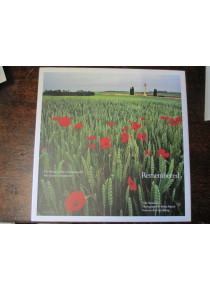 Remembered The History of the Commonwealth War Graves Commission by J. Summer

Charting the development of the magnificent cemeteries and memorials built in 150 countries, Remembered emphasises the importance of the commission's work not only in commemorating the dead, but also in preserving the sites of some of the most historically significant battles of the twentieth century.

The first major illustrated history of its kind for almost fifty years, Remembered is an engaging introduction to the work of the CWGC and its enduring relevance today. ﻿