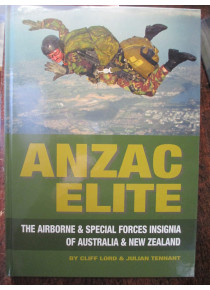 I found this to be an excellent book for its brief histories of all the Special Force units from the WW2 Special Forces such as Independent Companies, Z Special, Parachute Battalion, M Special, Coastwatchers, North Australian Observation Unit through to the Australian SAS Regiment and Long Range Desert Group. It provides a chronological history and explanation of the Special Forces.