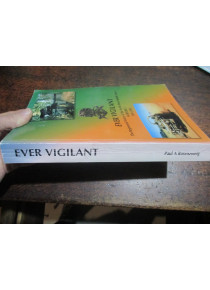 Ever Vigilant The Regimental History of the North West Mobile Force (NORFORCE) 1981-2001 by Paul A. Rosenzweig

Ever Vigilant History of Norforce.
NORFORCE (North-West Mobile Force) is an infantry regiment of the Australian Army Reserve.

Formed in 1981, the regiment is one of three Regional Force Surveillance Units (RFSUs) employed in surveillance and reconnaissance of the remote areas of Northern Australia.

The Regiment's beginnings dates back to 2/1st North Australia Observer Unit (also known as the "Nackaroos"), which were formed in 1942 as part of the defence of northern Australia from the Japanese during the Second World War.

Norforce is still an active unit - Prince Harry recently trained with the unit in Northern Australia.