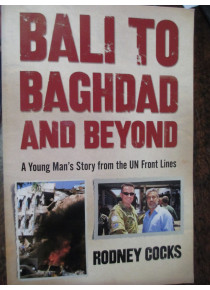 Bali to Baghdad And Beyond

Bali to Baghdad And Beyond﻿ by R Cocks

Story of Australian Army soldier who is being present in many of the hotspots of recent times.
He was a military observer in East Timor and a member of the de-mining team in Iraq following the fall of Saddam Hussein. He then was an advisor to the UN in Kandahar southern Afghanistan.
He narrowly survived to deadly terrorist attacks, the Bali bombings and suicide attack on the UN headquarters in Baghdad.﻿