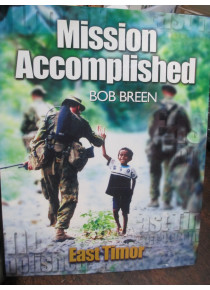 Portuguese colony of East Timor was invaded by Indonesia in 1975.  At the time Australia failed to react, in 1999 the United Nations held a vote within the country to ask the people of Timor if they wanted independence.﻿﻿
The result was an overwhelming vote in favour of independence﻿.

The Australians were the first Interfet force to arrive in the violence that was East Timor in September 1999.  At the time Operation Warden was the largest deployment of Australian troops since WW2.  The numbers clearly give an indication of the scale of operations, 10500 troops, 50 aircraft, 1300 vehicles and numerous ships.
This is their story...