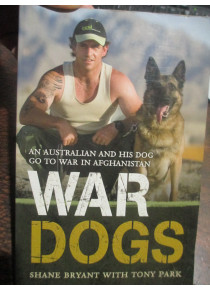 Shane Bryant, a former Australian Army dog handler, has spent the past four years in Afghanistan working with elite American special forces alongside his faithful dog. War Dogs is his story – a riveting account of the hidden war in the mountains and cities of the world's most dangerous conflict, and the comradeship between man and dog that has saved numerous lives.