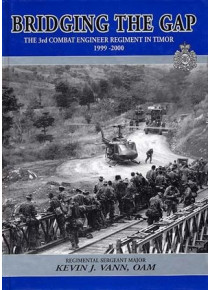 In 1999, UNAMET was tasked to conduct the popular consultation in East Timor. The independence vote was overwhelming and as violence escalated, the staff withdrew and the UN Security Council ordered an Australian-led multi-national force (INTERFET), to restore peace and security in East Timor.

The 3rd Combat Engineer Regiments, located in Townsville, deployed with the initial force and witnessed first-hand the destruction and mayhem that unfolded after the election. Once Dili was secure, they supported the 3rd Brigade in stabilizing the western border region. From the Regiment's firm base at Maliana, it provided combat engineer support from the north to the south coast. Maintaining the main supply route to the border forces, was the Regiment's biggest task.

3 CER's success in East Timor was due to the high level of engineer support to the Forsce and the humanitarian assistance provided to restore normality to a shocked community. The Regiment worked closely with the locals, were sensitive to their issues and developed lasting friendships. The Sappers returned to Australia knowing they had helped the East Timorese people, now here is their story for all to read.