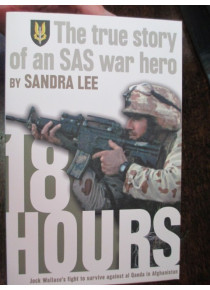 Twelve months after the September 11 attacks shook the world, Martin 'Jock' Wallace was awarded the nation's third highest military honour for bravery - the Australian Medal of Gallantry - for his actions in the war against terror in south-eastern Afghanistan. At the age of 32 and a signalman with the elite Australian SAS. This is his story