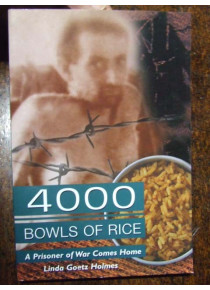 4000 Bowls Of Rice: A Prisoner Of War Comes Home by Linda Goetz Holmes

The author was the daughter of a member of 2 AIF 2nd Pioneer Battalion.

OVER 60,000 Australians and Americans captured by the Japanese during World War II toiled and died to build the Bridge over the River Kwai. Respected military historian Linda Goetz Holmes tells the story of her Father's survival in Japanese labor camps during WWII. Amazing photographs, taken secretly by other prisoners, chronicle this dark history of Allied troops in the Pacific theatre of war. ﻿
A Nominal Roll of members of the Australian Pioneer Battalions at capture completes this book.