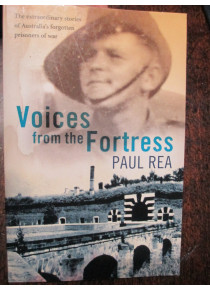 Voices from the Fortress by P Rea

Voices from the Fortress

Little known story of Australian WW2 POW's in Terezín Czechoslovakia. The Australian Group were joined with men from New Zealand and Britain. These men had attempted multiple escapes which led to them being imprisoned in this hell hole. One of the most horrific Nazi prisons of the war, the Small Fortress of Terezín.

They endured and witnessed much cruelty. Because the army had no record of their detention there, successive Australian Governments refused to believe the survivors' ordeal. Their application for war crimes compensation was denied for 40 years.

With the help of the Author's research, the POWs eventually did gain official recognition.