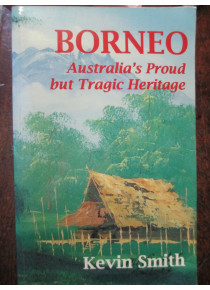 Of the 2030 Australian POWs sent to Borneo after the 1942 surrender of Singapore only 218 survived to return home. During the first year in Sandakan POW camp there were several subversive links with a local resistance movement, but an offer by Filipino guerrillas to aid mass escapes was not accepted.

Eventually, there were 90 escapes and attempted escapes from the camp.

From late 1943 members of Z Special Unit were in the north Borneo on reconnaissance operations PYTHON and then AGAS, based within 140 and 70 km of Sandakan.

The lethargic incompetence among the secret planners of a rescue mission led to its abandonment. This "Kingfisher" operation would have been carried out by the highly trained first Australian Parachute Battalion.
This book brings together all of these considerations in a coherent narrative.﻿