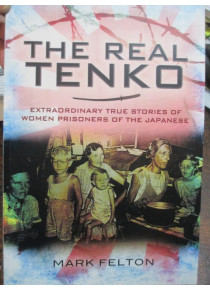 The Real Tenko What Really Happened to Female POW

This book details the treatment of Allied service-women, female civilians and local women by the Japanese occupation forces. While a number of memoirs have been published there is no dedicated volume. It chronicles the rape, massacres, of nurses (such as that at Alexandra Hospital, Singapore), disturbing atrocities on both European and Asians, and accounts of imprisonment.

It reveals how many ended up in Japanese hands when they should have been evacuated. Also covered are the hardships of long marches and the sexual enslavement of white and native women (so called 'Comfort Women'). ﻿