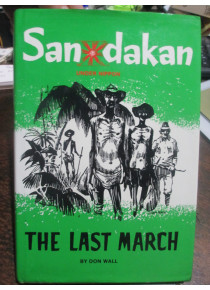 Sandakan Under Nippon The Last March by D Wall

Sandakan Under Nippon: The Last March by Don Wall

In July 1942, 1,494 Australian prisoners of war were sent to Sandakan in British North Borneo to construct an aerodrome — they were joined by a further 500 in June 1943. Soon after all the officers but a few were removed to a POW Internment Compound in Kuching where they remained, with minimal losses, for the duration.

Those left at Sandakan were systematically and deliberately starved to death, there were to be only six to survive in 1945 — the others are identified and honoured in this book. This account represents the worst atrocity committed against Australia in our 200 year history.