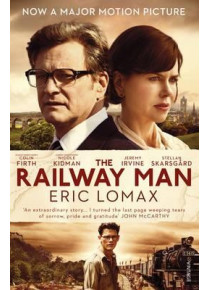 In 1995 Eric Lomax published his life story. The war book mainly concerns Lomax's time as a POW on the Death Railway during WW2 ( Thai Burma Railway) and after when in 1987 he confronts the Japanese guard who had tortured him. Lomax was a signaller with the Royal Corps of Signals when Singapore fell to the Japanese on the 15th February 1942 – the greatest defeat in British military history.﻿ Initially he was interned at Changi in Singapore but was then transferred to the slave labour camps on the Siam Burma Railway ( Siam later become known as Thailand) being constructed by the Japanese to aid their war effort in Burma. While a POW he was tortured and beaten which left psychological﻿ scares﻿. His story has now been made into a major movie starring Nicole Kidman. Lomax died in 2012.