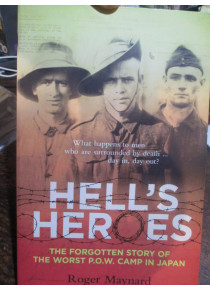 The Naoetsu camp was almost too cruel to comprehend. Some 300 Australian soldiers, collectively known as C Force, spent near three years of their life there after being taken prisoner in Singapore in February ’42 and enduring a spell at the notorious Changi barracks complex. Most of them were from the 2/20th Battalion, but there were also men from other units within the New South Wales-raised 22nd Infantry Brigade, such as the 2/18th. Sixty of the 300 died in captivity, more men per capita than any other POW camp in Japan.