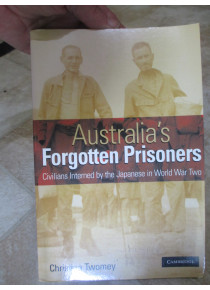 The Japanese captured 1500 Australian civilians during World War II. They spent the war interned in harsh, prison-like camps throughout the Asia-Pacific region. Civilian internees - though not members of the armed forces - endured hardship, privation and even death at the hands of the enemy. This book, first published in 2007, tells the stories of Australian civilians interned by the Japanese in World War II. By recreating the daily lives and dramas within internment camps, it explores how captivity posed different dilemmas for men, women and children. Women were often delegated to a life of sexual slavery. It is the first general history of Australian citizens interned by the Japanese in World War II.