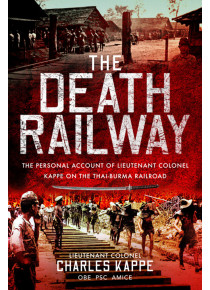 Charles Kappe, a regular soldier, had been the 8th Australian Division's chief signals officer. After the Fall of Singapore he become a POW. Unusual for a POW he was able to write a large amount of information whilst interned. He began documenting the atrocities the men of ‘F’ Force endured from May to October 1943, which resulted in more than 3,000 men losing their lives. His report is reproduced in this book, in full – every disturbing episode in this almost unbelievable drama, told as he saw and experienced it at first hand. Rarely has there been such a document produced in a prisoner of war camp, its survival being as monumental as the sufferings of the men described in its pages.

Would be of high interest to people researching POWs who were part of "F" Force.