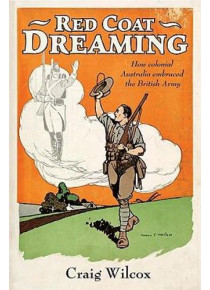 From the first British settlement to the First World War, some Australians were indifferent to and even disdainful of the military force that fomented the Rum Rebellion and shot down gold miners at Eureka. Yet many were proud of the British Army's achievements on battlefields far from Australia.

Hundreds of Australians enlisted in the army or married its soldiers / men. thousands had served in it before settling in Australia, and hundreds of thousands barracked when the army went to war. Red Coat Dreaming challenges our understanding of Australia's military history and the primacy of the Anzac legend.

It shows how few Australians were immune to the allure and historic associations of the red coat, the British Army's sartorial signature, and leaves readers thinking differently about Australia's identity and experience of war.﻿