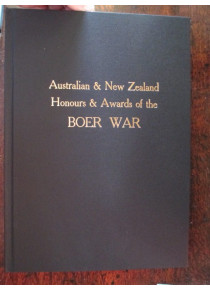 Australian and NZ Honours and Awards of the Boer War 1899-1902 by Ron Austin There are over 500 biographical entries about Australian NZ officers & men who won honours & awards in the 2nd Anglo-Boer War.