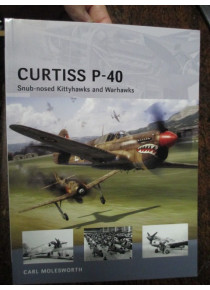 The fighter was made in the USA. This book is a technical publication about the Kittyhawk n and is not dedicated to RAAF use although RAAF is mentioned in the book.
Please also see our DVD about the Kitty in Australia - Click to see DVD.