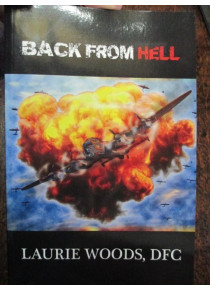 Back From Hell by L. Wood DFC : new book

This book is the fourth in the series written by Laurie Woods DFC .

The book by large, records his interesting life after the war which of course in many ways was influenced by the war and memories. The book illustrates the post war reality of many veterans in that they continued to reminisce about the events of war service.