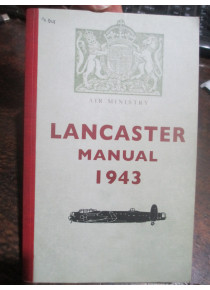 The Avro Lancaster was the RAF's most famous and successful heavy bomber of the Second World War. Used predominantly at night, 'Lancs' dropped 608,612 tons of bombs in 156,000 sorties in the period 1942-1945. Some of these missions were incredibly daring - notably the 'dambusters' raid of 617 squadron on the Ruhr valley dams in May 1943. The success of such operations was testament both to the rugged, reliable qualities of this amazing aircraft and the bravery and skill of the pilots, navigators, bombardiers, flight engineers and gunners that crewed it. They relied on their training and experience, supplemented by various pamphlets and manuals that were produced throughout the war.